SKYFORGE is a critically-acclaimed action MMO set on the breathtaking sci-fi world of Aelion. You are an Immortal who stands as the last line of defense between this world and the hostile forces that seek its destruction. Switch between 18 unique classes, master a dynamic combat system, and unleash incredible celestial powers to fend off invasions from powerful alien armies. Team up with players around the world to explore this extraordinary universe of gods and monsters!

Ignition is the latest huge expansion for Skyforge which introduces the powerful Firestarter class, dark tricksters with mastery over the ancient art of fire magic. This expansion also introduces the magnificent Aspect of Magic form for Elder Gods, and a mysterious dungeon on the planet Terra with branching paths and randomly generated events!

Ready to set Aelion ablaze? This Collector’s Edition unlocks the Firestarter, the latest powerful class to join Skyforge! This dark trickster is a master of fire magic, and uses fireballs, meteors, and blazing breath to torch enemies.

Get a legendary mount, specifically designed to loyally serve and enforce the will of the Firestarter!

Get a legendary weapon passed down through generations of the Cult of Flame!

Aelion was once a world of magic, science and hope. Now, creatures from the deepest trenches, reapers from the pits of fire, and lifeless machines from the coldest wastelands threaten the planet and all its inhabitants. However, hope yet remains in the Immortals. Let your enemies know that Aelion is defended. Fight off invasions from hostile alien races using weird and wonderful weapons, learn magical new skills and abilities, and unleash your Divine Form to unlock your ultimate God abilities!

Master a control scheme perfectly suited to the DUALSHOCK®4. Get to grips with an intuitive and rewarding combat system by executing devastating attacks and combos, unique to each of the classes available from a vast selection.

As an Immortal, you are a powerful being capable of incredible magic and abilities in different forms. Switch between 18 unlockable classes depending on your combat situation or playstyle, and discover the true extent of your Immortal powers. Rock out with the Soundweaver's killer riffs, harness the power of nature with the Grovewalker, and set Aelion ablaze with the Firestarter!

An adventure without limits awaits. Together with players from around the world, explore over 100 unique locations, from massive open areas, to Aelion's darkest dungeons, and an interstellar journey to a mysterious new planet: Terra. Enjoy brand-new content with regular updates, and immerse yourself in the constantly evolving universe of Skyforge! 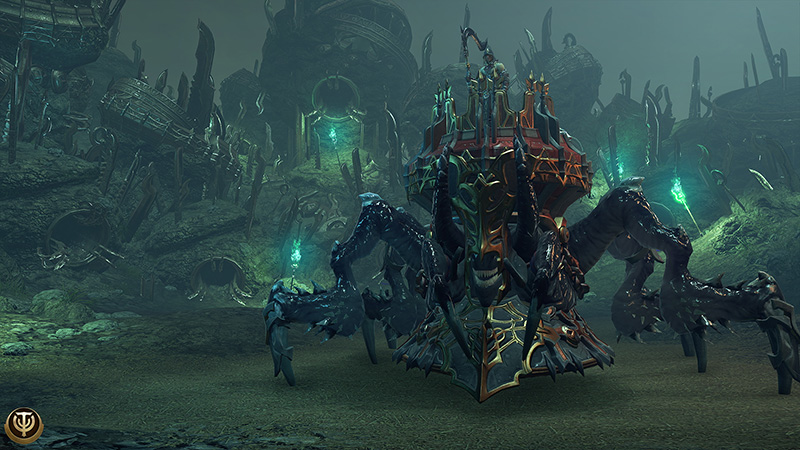 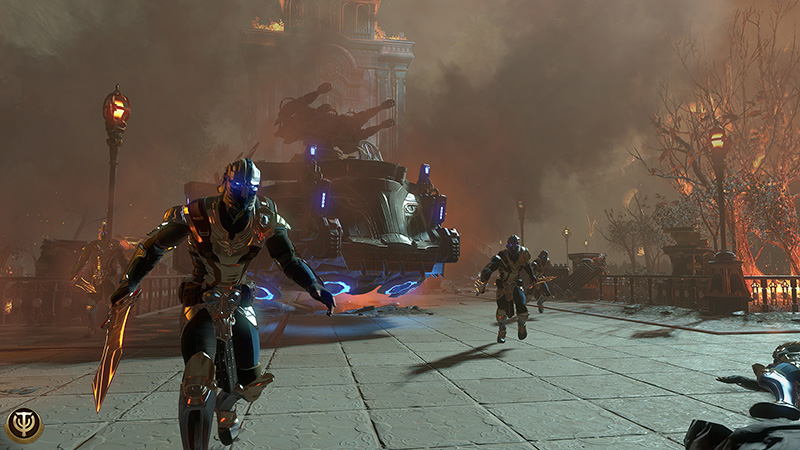 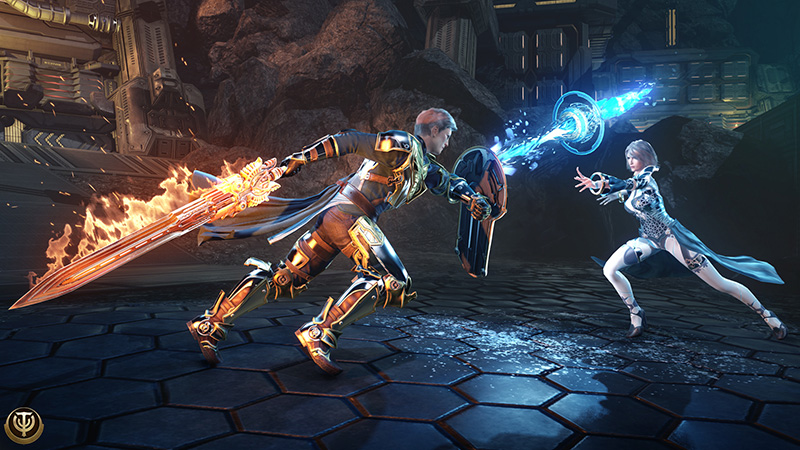 Connect with the Skyforge Community!
Do you want to learn more about Skyforge, or are you looking for like-minded players to connect to? Connect with our social platforms, including Twitter, Facebook and Discord to stay up to date with all the latest news and developments, and join a massive community of Immortals around the world! If you’re having issues or need to know more about certain aspects of the game, please don’t hesitate to contact our support team.
Like us on Facebook and stay up to date on the latest happenings in Skyforge. Like and share your experiences in the world of Aelion, participate in contests and giveaways and connect to other Immortals around the world.
Follow us on Twitter and receive the fatest updates from the world of Skyforge. News, sales, events and other activities - the official Skyforge PS4 Twitter channel is the best way to stay up to date.
Are you encountering any issues or do you have questions that go beyond what's available online? Then check our knowledge base and don't hesitate to get in touch with our support team. We are ready to help you 24/7!
Get more than in touch - get involved! Connect with other players and my.com staff on our official Skyforge PS4 Discord server. Whether you are looking for a group, a pantheon or just a place to hang out - this is the place for you!